Wire fraud is one of the most serious white collar felonies on the books, and it is almost always prosecuted under federal law rather than state law. Wire fraud requires the use of telecommunications, and is distinct from related offenses such as mail fraud. If you have been charged with wire fraud in the Houston area, your first response should be to seek the assistance of an experienced Houston wire fraud attorney.

The Elements of Wire Fraud 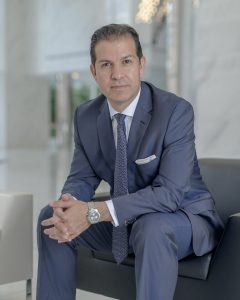 A prosecutor must prove the following four elements, each beyond a reasonable doubt, to establish wire fraud:

The number of possible wire fraud schemes is limited only by the human imagination. Some of the more well-known schemes include the following scenarios:

Normally, wire fraud carries with it a prison sentence of up to 20 years for each count, along with heavy fines. This maximum is increased to 30 years per count and a maximum $1 million fine if:

Since each wire fraud case is unique, each defense must be carefully crafted to fit the specific facts. Nevertheless, some defenses are more common than others. Some of the most common defenses against wire fraud charges appear below:

Mario Madrid is a  Houston White Collar Crimes Lawyer with over two decades of practice experience. He has served as both a prosecutor and judge, and is Board Certified by the Texas Board of Legal Specialization in Criminal Law. If you need help defending yourself against a Houston wire fraud charge call Madrid Law, PLLC immediately at 713-877-

9400 for a free initial evaluation of your case.