From January 2015 to February 2017, oil and gas extraction workers incurred 602 incidents. Some of these mishaps resulted in serious injuries. Of these, 481 workers were hospitalized and 166 lost limbs.

This data came from the Centers for Disease Control and Prevention’s (CDC) National Institute for Occupational Safety and Health (NIOSH). 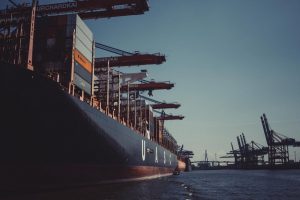 A maritime injury lawyer focuses on Maritime Law and Jones Act cases. You can trace maritime law practice back to the Revolutionary period. Admiralty law in the United States evolved from British admiralty courts.

They functioned outside of regular courts. Admiralty courts had no trial by jury. Thus, the British used them to uphold the reviled Stamp Act, making them catalysts in the American Revolution.

Several prominent American lawyers of the American Revolution were admiralty (maritime) lawyers. You may have heard of two of them, John Adams and Alexander Hamilton.

In 1929, the Jones Act passed into Federal law. It regulates sailing in the United States. The act allows workers designated as “seamen” to collect compensation for lost earning capacity and lost wages.

The Jones Act defines a “seaman” as a person who spends the majority of working time as a crewmember or captain of a ship or boat. The vessel is any boat or ship “in navigation.”

It has to be operative, afloat, able to move, and on navigable waters.

Any survivors of seamen who died in the line of duty can file a wrongful death claim under the Jones Act. They can also file under the Death on the High Seas Act.

Either act enables dependent survivors of anyone who died more than three miles offshore to sue for their loved one’s lost wages. They have the right to sue even if their loved one did not qualify as a seaman under the Jones Act.

If the worker or seaman died within three nautical miles of the shore, another law (or laws) might apply.

Not everyone who works on the water qualifies as a seaman. Longshoremen, pilots, passengers, and individuals who work certain offshore oil rigs and on fixed platforms are not “seamen.”

Other maritime laws exist to help them should they incur injuries on the job. For example, maritime laws protect pilots, longshoremen, and platform workers through other factors.

Some of these are the status of the worker and where his or her injury took place. The entities involved also affect the potential rights of the injured worker.

If you’re injured on the job, you’ll need a lawyer. And, hiring the right lawyer for your case is essential. If you have a Jones Act, Longshore, or Maritime case, your attorney must have a thorough understanding of the respective law.

The Jones Act is not the same as worker’s compensation. If your offshore injury case falls under the Jones Act, you need a maritime injury attorney and not a worker’s comp lawyer.

Unlike a worker’s compensation claim, the Jones Act allows you to sue a company for negligence. It also gives you up to three years from the date of the offshore accident to file your lawsuit.

As a seaman, you are entitled to a range of damages. Those include lost wages past and future, loss of earnings, loss of affection and love, medical expenses, pain and suffering, and legal fees

An experienced offshore injury lawyer can determine whether a maritime worker is a Jones Act seaman. Sometimes workers other than crewmembers of barges, dive boats, and drillships, etc. can be deemed seamen under certain circumstances.

Insurance companies and other defendants in cases like yours seek representation from national law firms. Jones Act and General Maritime Law are specialized fields.

Considerations for Choosing A Maritime Attorney

As you would when searching for any professional, consider how long the attorney or law firm has been in practice. What is their track record for winning cases like yours?

If you have had a consultation, did the attorney seem interested in the facts of your case? They should ask questions, as well as listen to and answer yours.

It’s also important to ask how they will be compensated, so there are no surprise legal fees later on. Many firms work on a contingency fee basis. You pay only when and if you receive compensation for your injury claim.

A maritime injury lawyer specializes in the branch of law which deals explicitly with the marine industry on the whole. The maritime lawyer you choose must be versed in all aspects of injury claims by seamen and longshoremen.

If you have any questions about finding a maritime injury lawyer, please contact us.