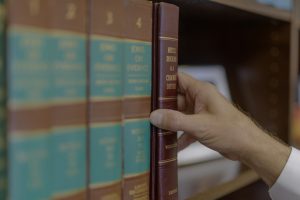 Capital murder is the most serious criminal charge you could possibly face, and Texas is the most dangerous place in the United States to be charged with this offense. Since 1976, Texas has executed more inmates than any other U.S. state, amounting to more than a third of the nation’s total. If you have been charged with capital murder in Houston, your choice of attorney could turn out to be a life or death decision.

The Elements of Murder

To be convicted of capital murder, you must be guilty of murder. To win a guilty verdict in a murder case, the prosecutor must prove beyond a reasonable doubt that you either:

For the offense to be upgraded to capital murder, one of the following “aggravating factors” must be present:

While any number of defenses might be available to you if you are charged with capital murder, some of the most common defenses include:

Houston criminal defense lawyer Mario Madrid not only enjoys the benefits of two decades of experiences as a defense attorney, prosecutor and judge, he is also Board Certified by the Texas Board of Legal Specialization in Criminal Law, an honor enjoyed by fewer that three percent of Texas criminal lawyers. If you have been charged with capital murder in Houston, call Madrid Law, PLLC at 713-877-9400 for a free initial evaluation of your case.