Criminally negligent homicide is a state jail felony in Texas. There are many circumstances under which this charge can be applied, such as firing a gun into your front yard in response to a strange noise, or carelessly rewiring someone’s gas heater in a manner that causes an explosion. If you have been charged with criminally negligent homicide in Houston, or if you anticipate facing this charge, it is never too early to seek the assistance of an experienced Houston criminal defense lawyer.

Elements of the Crime

Each of the below elements must be proven beyond a reasonable doubt before you can be convicted of criminally negligent homicide in Texas:

A “criminally negligent” act is defined as an act that represents a “gross deviation” from what a hypothetical “reasonable and prudent” person would do under the same circumstances. An act can be criminally negligent even if the actor was not aware of the risk involved, as long as he should have been aware of it. Although criminal negligence is through to be something more than ordinary negligence, the dividing line is fuzzy and indistinct

In Texas, criminally negligent homicide is a felony punishable by:

Every case is unique, because no two sets of facts are exactly the same. Below are some of numerous possible defenses that might apply based on particular case facts: 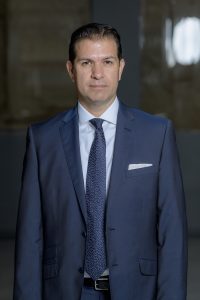 Houston criminal defense attorney Mario Madrid’s career has spanned nearly two decades, including time as both a prosecutor and a judge. He has been certified as a specialist in criminal law by the Texas Board of Legal Specialization, and he has been inducted into the National College of DUI Defense Attorneys. If you have been arrested for criminally negligent homicide or a similar crime in the Houston are, call Madrid Law, PLLC at 713-877-9400 for a free initial consultation.