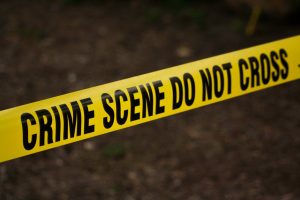 If you or someone you love has found themselves in the unenviable position of being charged with Intoxication Manslaughter, they most definitely need someone in their corner who will fight and defend their liberty with the experience, skill and tenacity of Houston Driving While Intoxicated Attorney Mario Madrid.

Mario Madrid has a proven track record of success in defending individuals charged with Driving While Intoxicated Charges in Texas. Mr. Madrid is a former Judge for the City of Houston and a former Assistant District Attorney. Additionally he has been trained in the theories and techniques used to prosecute and defend DWI cases in Houston and Texas. Mr. Madrid has successfully defended DWI charges in Texas as well as Intoxication Manslaughter cases in Houston.

Intoxication Manslaughter is codified in the Texas Penal Code as follows:

Sec. 49.08.  INTOXICATION MANSLAUGHTER. (a) A person commits an offense if the person:

(2)  is intoxicated and by reason of that intoxication causes the death of another by accident or mistake.

The death of an individual that results in a criminal charge is going to bring an aggressive prosecution from the state. The charge of Intoxication Manslaughter should be aggressively defended. An investigation must be mounted to question the state’s evidence. It must be determined whether the accused was negligent and actually was the cause of the accident that led to a death. Also, were proper procedures used by the police, including obtaining blood from the accused, the blood test and blood storage. Mr. Madrid always vigorously litigates intoxication as well as causation of the accident and untimely death.

Penalties for Intoxication Manslaughter In Texas

An offense for Intoxication Manslaughter is a felony of Second Degree. A Second Degree Felony is codified in the Texas Penal Code as follows:

Sec. 12.33.  SECOND DEGREE FELONY PUNISHMENT. (a) An individual adjudged guilty of a felony of the second degree shall be punished by imprisonment in the Texas Department of Criminal Justice for any term of not more than 20 years or less than 2 years.

(b)  In addition to imprisonment, an individual adjudged guilty of a felony of the second degree may be punished by a fine not to exceed $10,000.

Additionally, if the injured party is a peace officer, EMS worker or firefighter, the penalty can be enhanced to a first degree felony which carries a range of punishment of 5 to 99 years or life. Furthermore, the State of Texas will most certainly allege that the vehicle involved in the accident is a deadly weapon, which has the effect of making the case an aggravated case for purposes of parole.

Mario Madrid who is Board Certified by the Texas Board of Legal Specialization in Criminal Law,  does not back down to the State of Texas in his defense of any client charged with a criminal offense. Mr. Madrid understands the ins and outs of defense of  DWI and Intoxication Manslaughter cases. Call Houston DWI Lawyer Mario Madrid today to discuss your defense.