Laws governing solicitation are broad and include a wide range of crimes including sending an explicit text to the most severe felonies like human trafficking. Are you worried about potential solicitation charges? It is important to find an attorney that knows the law and its potential impact on you. Mario Madrid is a Houston Online Solicitation of Minor Lawyer who has successfully defended thousands of sex cases in Texas. He is Board Certified by the Texas Board of Legal Specialization in Criminal Law and is a former Judge and Prosecutor who has been practicing criminal for over two decades.

If you are facing charges of Online Solicitation of a Minor, you need someone with the skill and expertise of Mario Madrid to defend your rights and liberty. 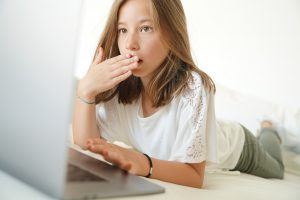 Who Is a Minor?

The distinction is important: you can get in trouble even if the person you’ve contacted is over 17. If the police believe you thought you were contacting someone who is legally a minor, then it still falls under “solicitation of a minor.”

Some people participate in solicitation without realizing it. The act of solicitation doesn’t need to be devious: merely leaving suggestive, rude, or vulgar comments on a minor’s public profile may count as soliciting a minor according to the law.

Solicitation of a minor refers to communicating with a minor in a sexually explicit manner or sending material of a sexual nature to a minor.

What Does Online Solicitation of a Minor Look Like?

Crimes programs like To Catch a Predator outline elaborate settings and crime rings designed to entrap children. These programs are painful to watch: attempts to lure children into sexual situations are repugnant.

While these scenarios are a clear violation of the law, online solicitation of a minor isn’t always so complicated. In fact, it may not even seem like a crime.

A 20-year-old who sends explicit messages to a 16-year-old violated the statute in doing so. It is possible to investigate and charge the 20-year-old because the receiving part is under age 18 and the age range is greater than three years.

Even if the relationship is consensual, it is still a violation of the law. It does not matter if a sexual act occurred. Simply communicating in a sexually explicit manner may lead to arrest.

There are a wide array of crimes associated with this law including:

These crimes may be a violation of Texas law or federal law – or both. It is possible to be charged under both sets of laws.

There are two ways to commit an offense under the law.

The second way to commit the offense is if online or mobile messages are sent to a minor where an actor knowingly communicates with a minor to meet a someone, including the actor, where the actor knows the minor will have sexual contact (or intercourse or deviate intercourse) with the solicitor or another party.

Is It a Felony?

The second way of committing an offense – sending messages to facilitate sex with a minor – is a second-degree felony.

Additionally, the conduct exhibited under this law may also constitute an offense under other Texas law. If this is the case, it is possible for the state to charge an actor under both laws.

How Does a Lawyer Defend Online Solicitation of a Minor?

The law specifically states that the accused cannot defend themselves by arguing that the meeting did not occur. Texas added this addendum to the law to eliminate the lack of intent defense, which suggests the accused had no intention of following through with facilitating sex with a minor.

Arguing that the messages were a fantasy that the defendant had no intention of living out is also ruled out by the law.

If you are not married to the minor nor are you in a consensual relationship with the individual, then it is likely you’ll need a lawyer to help craft your defense.

Do I Need a Lawyer?

If you’ve been charged with online solicitation of a minor, then it is likely you’ll need a lawyer. Even the accusation of committing a sex crime can change your life and leave you on the sex offenders list as well as make you a felon.

Sex crimes are a broad range of crimes ranging from sexual assault to child pornography to public lewdness or indecent exposure. While the crimes differ, each carries a serious social stigma and a felony.

If you’ve committed or been accused of a sex crime, don’t wait to seek help. Contact a Houston criminal defense attorney today.