If you or someone close to you has been charged with Murder it is imperative that you seek the best possible legal defense. Time is of the essence and it is critical that you choose an attorney with the experience and know how to defend this type of serious charge.

The Texas Code of Criminal Procedure classifies a Murder charge as an aggravated offense with serious possible punishment if found guilty.

The following are instances where the State of Texas can enter a charge of Murder if the accused:

(1) intentionally or knowingly causes the death of an individual;

(2) intends to cause serious bodily injury and commits an act clearly dangerous to human life that causes the death of an individual;  or

If you are facing criminal charges in Texas for Murder the decision you make on who will represent you will shape the rest of your life. There are thousands of attorneys in Houston, but there are only a handful who have been in the trenches fighting successfully to defend those who are charged with this most serious accusation of taking someone else’s life.

Mario Madrid is Board Certified by the Texas Board of Legal Specialization in Criminal Law. This is a distinction that less than three percent of attorneys in Texas have attained. Board Certification means an attorney has substantial, relevant experience in a select field of law as well as demonstrated, and tested, special competence in that area of law. There are more than 100,000 attorneys licensed to practice in Texas. Only 7,350 are Board Certified.

If you are charged with Murder in Houston you need someone with the expertise necessary to represent you to achieve the best possible outcome for you and your family. Mr. Madrid has practiced for over two decades successfully defending the accused of Murder. 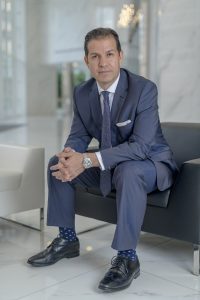 There are number of defense that a Texas Murder Attorney may employ in defense of murder including:

SELF DEFENSE.  a) Except as provided in Subsection (b), a person is justified in using force against another when and to the degree the actor reasonably believes the force is immediately necessary to protect the actor against the other’s use or attempted use of unlawful force.  The actor’s belief that the force was immediately necessary as described by this subsection is presumed to be reasonable if the actor:

(1) knew or had reason to believe that the person against whom the force was used:

(2) did not provoke the person against whom the force was used;  and

(3) was not otherwise engaged in criminal activity, other than a Class C misdemeanor that is a violation of a law or ordinance regulating traffic at the time the force was used.

MISTAKE OF FACT. It is a defense to prosecution that the actor through mistake formed a reasonable belief about a matter of fact if his mistaken belief negated the kind of culpability required for commission of the offense;

MISTAKE OF LAW. (a) It is no defense to prosecution that the actor was ignorant of the provisions of any law after the law has taken effect.

(b) It is an affirmative defense to prosecution that the actor reasonably believed the conduct charged did not constitute a crime and that he acted in reasonable reliance upon:

(1) an official statement of the law contained in a written order or grant of permission by an administrative agency charged by law with responsibility for interpreting the law in question; or

(2) a written interpretation of the law contained in an opinion of a court of record or made by a public official charged by law with responsibility for interpreting the law in question.

(c) Although an actor’s mistake of law may constitute a defense to the offense charged, he may nevertheless be convicted of a lesser included offense of which he would be guilty if the law were as he believed;

DURESS. (a) It is an affirmative defense to prosecution that the actor engaged in the proscribed conduct because he was compelled to do so by threat of imminent death or serious bodily injury to himself or another.

(b) In a prosecution for an offense that does not constitute a felony, it is an affirmative defense to prosecution that the actor engaged in the proscribed conduct because he was compelled to do so by force or threat of force.

(c) Compulsion within the meaning of this section exists only if the force or threat of force would render a person of reasonable firmness incapable of resisting the pressure.

(d) The defense provided by this section is unavailable if the actor intentionally, knowingly, or recklessly placed himself in a situation in which it was probable that he would be subjected to compulsion.

(e) It is no defense that a person acted at the command or persuasion of his spouse, unless he acted under compulsion that would establish a defense under this section;