Nationwide, more than 13 million people a year are victims of identity theft. Identity theft is illegal because it is a means of committing fraud (using trickery to obtain someone else’s money or property). In Houston, you can be charged with identity theft under either federal law or Texas identity theft law. Identity theft is a serious felony that normally requires the assistance of a skilled Houston white collar crimes attorney to secure a satisfactory outcome.

What is Identity Theft?

The crime of identity theft is composed of three distinct elements, all of which must be present for the defendant to be convicted:

If you have the personal information of three or more people in your possession, a Houston prosecutor doesn’t even need to prove that you intended to commit fraud – this intent can be simply assumed, and it will be up to you to prove otherwise.

Following are examples of some common means of identity theft:

In Texas, penalties for identity theft vary widely based on the type of information stolen and the number of victims involved. At the low end of the spectrum you could face less than a year in jail or perhaps even probation. At the high end of the scale, you might face life imprisonment. You will also be subject to fines, and the judge may order you to pay financial restitution to the victims (in addition to the fines).

Under federal law such as the Identity Theft Assumption and Deterrence Act of 1998, you can be imprisoned for up to 15 years for each count of identity theft. Heavy fines are also frequently imposed.

Most identity theft prosecutions occur at the state level rather than the federal level, although federal jurisdiction is always possible if the offense was committed across state lines (over the Internet, for example).

Three of the more common defenses to identity theft charges are: 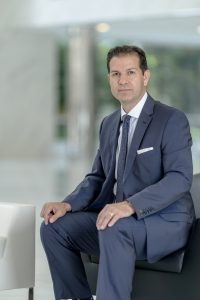 Mario Madrid is an aggressive and principled criminal defense lawyer with nearly two decades of practice experience. As a former prosecutor and judge, his perspective is exceptionally broad. He is Board Certified by the Texas Board of Legal Specialization in Criminal Law. If you need help fighting a Houston identity theft prosecution, call Madrid Law, PLLC at 713-877-9400 today for a free initial consultation on your case.